The recovering capital markets are helped by the improving economy and consistent job growth.  Manufacturing is expanding and corporate profits are up strongly so the spigot is on again.  Life companies are quite active again; new CMBS offerings and syndicators are assembling new CDO offerings.  Even commercial banks are reporting loosening of commercial lending standards for the first time in about five years.

Competiveness has returned.  Deals that were impossible to fund in late 2010 and early in 2011 are now receiving multiple bids from lenders.

Prices have moved higher for core assets in supply constrained primary markets, but there are still plenty of deals to be had in secondary markets.  As prices escalate to where they don’t make much sense in the primary markets, you’re seeing capital chasing assets in the secondary and tertiary markets.  2011 is shaping up to be a very good year.  Get back in while the getting is good. 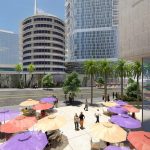