On Wednesday, April 6th, the Sunbury Village Council unanimously approved rezoning for 250 acres as part of the 1000 acre retail, residential, office mixed use development Northgate Centre from agricultural to commercial.

The rezoning decision was passed as an emergency. Many residents expressed concern at the measure passing as an emergency, but village attorney, David Brehm said that removing the emergency clause was not an option.

The Northgate web site states that the development will encompass.

Preliminary lease up will happen far ahead of anything ready for occupancy so if you’re interested in any of this Delaware County Ohio / Sunbury NNN, triple net retail space, feel free to contact me, Scott Harris Realtor at 614-905-6614 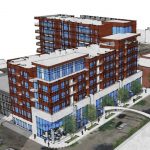 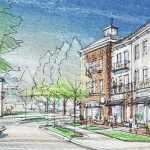