I’m going to do a real quick, hopefully brief ‘Cliff Notes’ summary of these two important documents.  This of course applies to not only retail, but any commercial transaction where there is a tenant and a lender involved.

Anyone who has survived the commercial loan process knows about these two documents.  Tenant estoppels and SNDA (subordination, non-disturbance and attornment) are two primary documents of lease administration that are frequently overlooked.

A SNDA is actually three agreements in one – subordination, non-disturbance and attornment.  The “subordination” allows a lender who is the mortgagee of the property to subordinate the leases to the lender’s lien on the property.

The lender, in the event of a foreclosure, may eliminate all junior liens, insisting that their lien is first lien.  Most lenders insist that their loans be a ‘first lien’ and most landlords appreciate that their property will be more attractive to lenders if all of their leases are subordinate to subsequent mortgages.

Lenders will demand another agreement to ensure that tenants can’t abandoned their lease in the event of a foreclosure.  This agreement is named an ‘attornment’ and creates a contractual relationship between the tenant and third party mortgagee to which the tenant agrees to recognize as landlord.

The third part of a SDNA is called the ‘non-disturbance’ and exists to protect the tenant.  The agreement provides that the lease stay in force provided that the tenant is not in default.  Tenants with long term leases or expensive tenant improvements are well advised to add a ‘non-disturbance’ clause to any subordination agreement.

Next, the estoppel certificate is a declaration, signed by the Tenant, that certain facts pertaining to tenant’s lease with its landlord are true.  The estoppel give the buyer and/or lender an assurance that the lease is in full force and that certain moneys have been paid to landlord as security deposits and rent and that the landlord is not in default of any landlord obligations under the lease.

There’s a lot more detail needed here that for the sake of brevity, I’ve omitted.  So I’ll say it again, when purchasing a property, seeking a commercial loan or executing a lease, see a real estate attorney licensed in the state where the property is located. 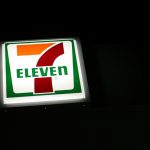 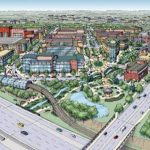