A reported $35.48 billion was raised in the second quarter for acquisitions and refinancings.  The total for the first half was $66.43 billion.  It took nine months last year to raise the same. 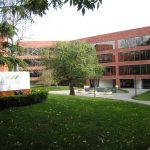