The Auto Parts Segment as a Net Leased Investment Strategy

At this point in the economic cycle it’s good to look for more recession proof businesses as your tenant in a net lease investment. Specifically, with regards to the auto parts segment, the last recession took a huge bite out of new car sales and the next one will do the same.

Typically, the economic cycles run 12 -14 years peak to peak and trough to trough so we’re about due for another downturn. I don’t think the next one will be anywhere close to the viciousness of the last mostly because credit markets have been restrained throughout this recovery.

High unemployment and stringent credit markets decimated new car sales during the recession. As a result, the average vehicle age increased year after year. Older vehicles need parts replaced, and with limited income most car owners are forced to buy the part and replace it themselves.

The players in this segment of triple net retail investments have targeted a more low to middle income, working class, blue collar type areas and neighborhoods. Also population growth will increase the number of cars on the road and continue to drive demand for auto parts

Net lease assets such as these fill a highly desired price range, generally trading between $1.0M – $2.0M. Additionally, the typical big four Auto parts store lends itself to a wide array of reuses in the unlikely event of a vacancy as these are a big rectangular box on one to two acres of land. Pep Boys tend to be even larger and with service bays which allows so advantages concerning depreciation with cost segregation.

If you’re in a 1031, these are relatively easy to locate on short notice (within the 1031 exchange 45 day identification period). If you’re interested in pursuing this segment as a NNN net lease buying opportunity, I would be happy to help.  Contact Scott Harris Realtor at 614-905-6614 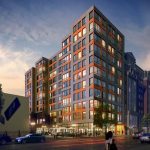 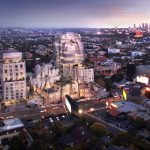